September Update on the U.S. Economy

Our proprietary Astor Economic Index® was slightly changed last month and remains consistent with average economic growth in the U.S.

In aggregate, economic data points towards a weakening but durable expansion.  The ISM Purchasing Manufacturers Index headed into contraction territory at 49.1, down from 51.2 last month and the lowest reading since January 2016. The new export orders component led the decline, suggesting that the significant economic uncertainty generated by the trade war has had continued deleterious effects on U.S. manufacturing.  ISM Non-Manufacturing, however, came in at a blockbuster 56.4.  Non-Manufacturing was led by business sentiment and new orders, supporting the narrative of continued positive sentiment among managers towards domestic consumption prospects. 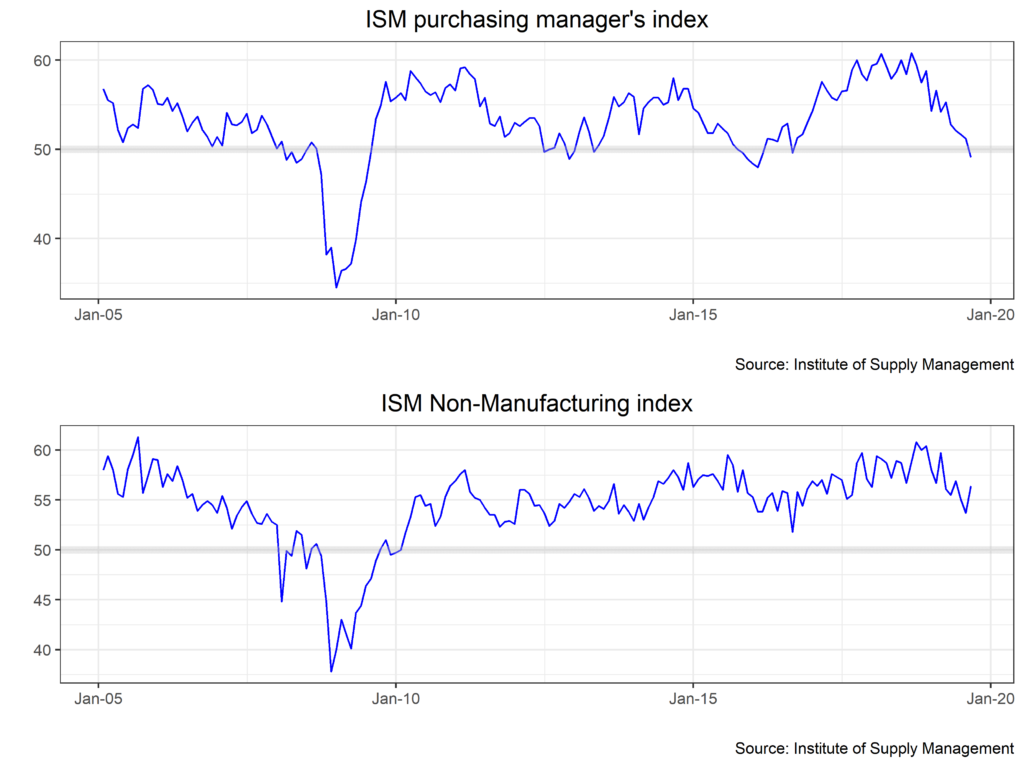 The Labor Market and the U.S. Consumer

As a result of the continued strength in the service sector of the economy, labor growth remains solid if not spectacular.  August payrolls were lower than the consensus expectation and are worse than the headline number indicates after accounting for a pickup in private sector temporary workers, census employment, and downward revisions to previous months.  Nonetheless, sectors impacted by the trade war posted small gains, giving more weight to the argument that tight labor markets, rather than trade tensions, are contributing to slowing hiring. This has begun to manifest in more consistent wage pressures, with average hourly earnings rising 3.2% y/y. 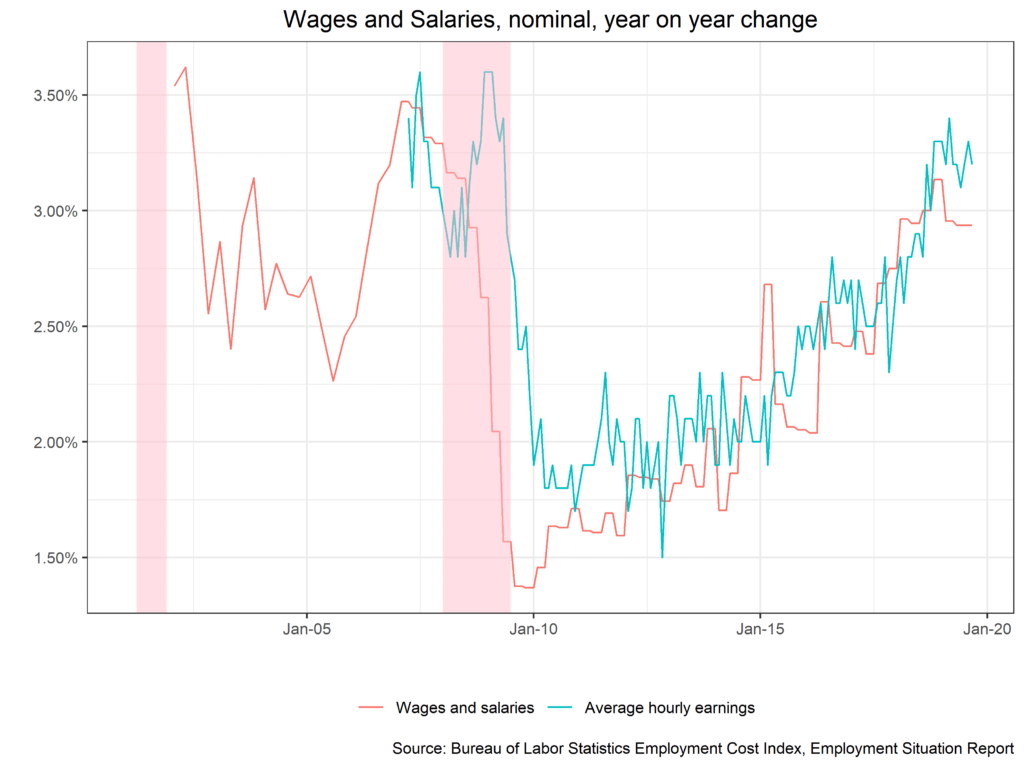 Wages in turn have supported private consumption, with Q2 GDP buoyed on personal consumption growth of 4.7% despite export contraction.  As a result, the fate of the U.S. expansion remains squarely on the back of the U.S. consumer. 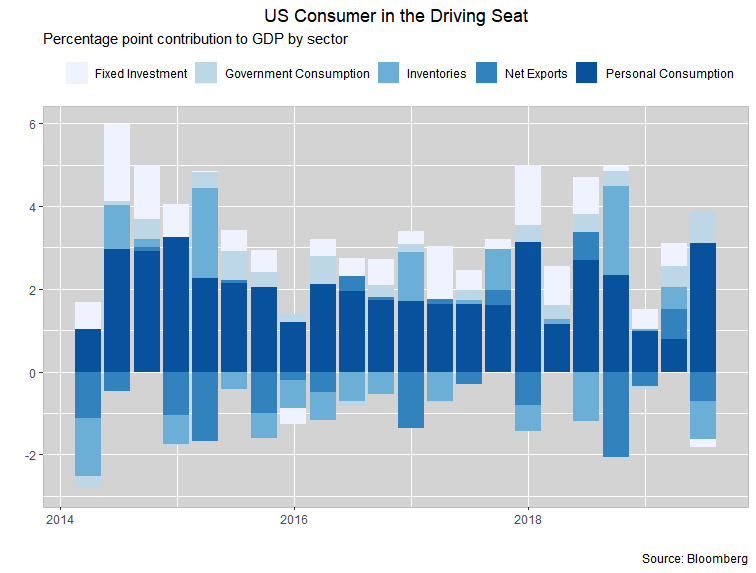 All eyes will be on the Federal Open Market Committee meeting, with market participants expecting a 25bps cut.  Despite a core CPI print of 2.4% y/y, the Fed’s focus in now squarely on sustaining the economic expansion rather than dampening nascent inflation. The real show to watch is potential divergence among voting members of the FOMC with hawks more likely to dissent, as well as, any signaling for future accommodation.

Although the U.S. expansion to date appears resilient to external headwinds, developments in manufacturing and consumer confidence trends, as well as, any further acceleration of the trade war, will bear close watch over the coming months.