• Today’s payroll number adds a bit of evidence for the idea that the first quarter’s economic weakness was temporary. The gain of 280,000 jobs was the best reading of the year, tough still below the average for the second half of 2014. The secondary numbers from the report were also either steady or slightly stronger.
• In this quarter the data, as interpreted by the Atlanta Fed, point to another below average growth, but stronger than the first quarter. There is some reason to think that the actual state of the economy was stronger than these readings of GDP lead us to believe. GDP tallies up all the expenditures in the economy over the year and calls that “the economy” another version counts up all income, to people and businesses, and calls that (which is known as Gross Domestic Income or GDI) ‘the economy”. In principal they should be equal but it may be the case that income is easier to measure than expenditure. For the first quarter of 2015 GDI showed a dip, but a much less dramatic one than GDP. See this post for more on GDI.
• The chart below emphasizes the steady growth in payrolls as well as a continued positive reading for the US. Steady as she goes. 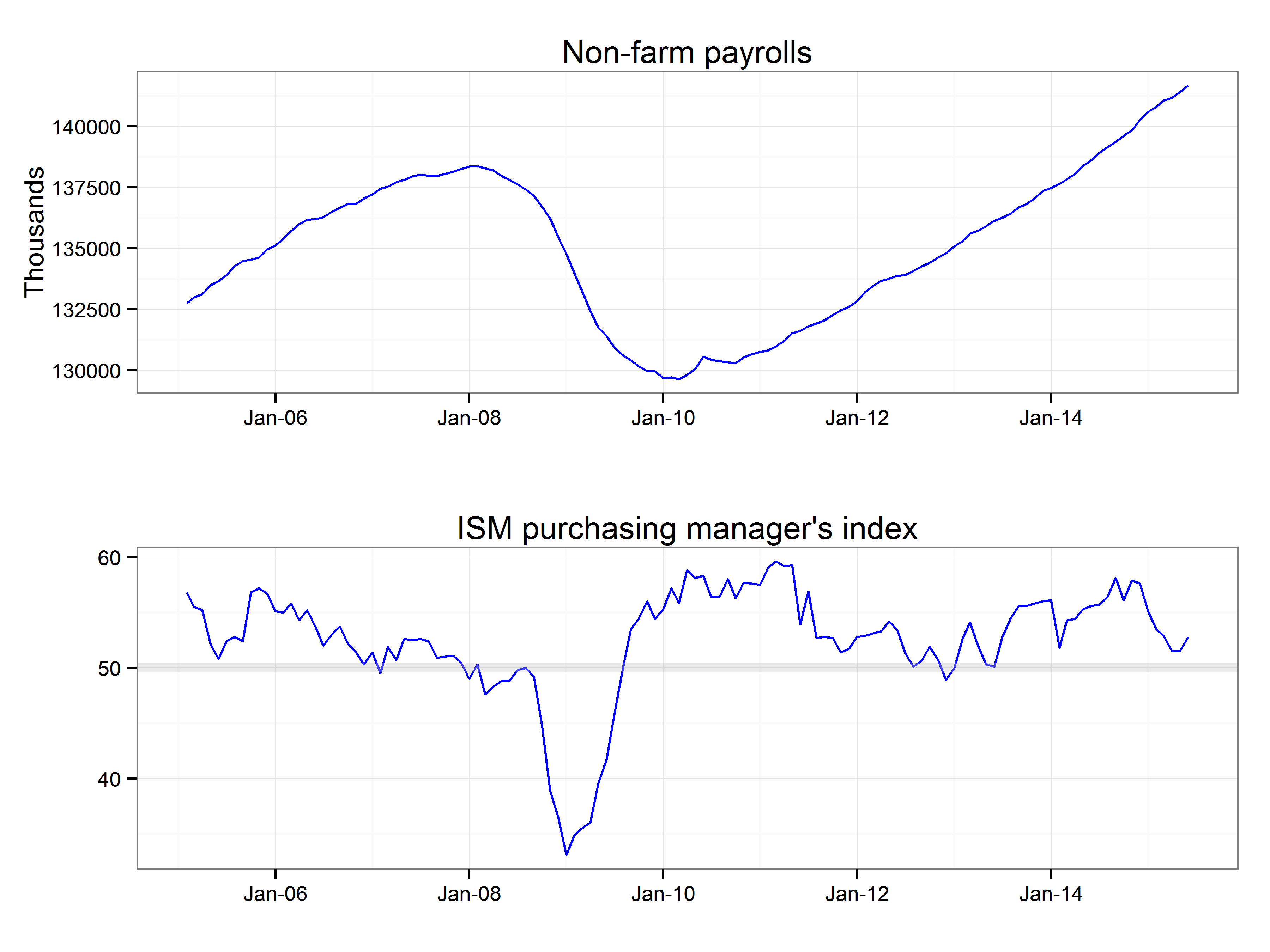 • My expectation is still for the Fed to be raising rates this year, though modest inflation expectations may give them pause. I will have a detailed preview of the FOMC before the June 17th meeting.
• Internationally, the chart below weighs the PMIs of 20 countries by their GDP. This measure showed its first uptick since last August. Perhaps lower oil prices is helping the rest of the world. Most of the major economies had stronger readings last month, though a China was essentially flat and its growth transition is still a concern. 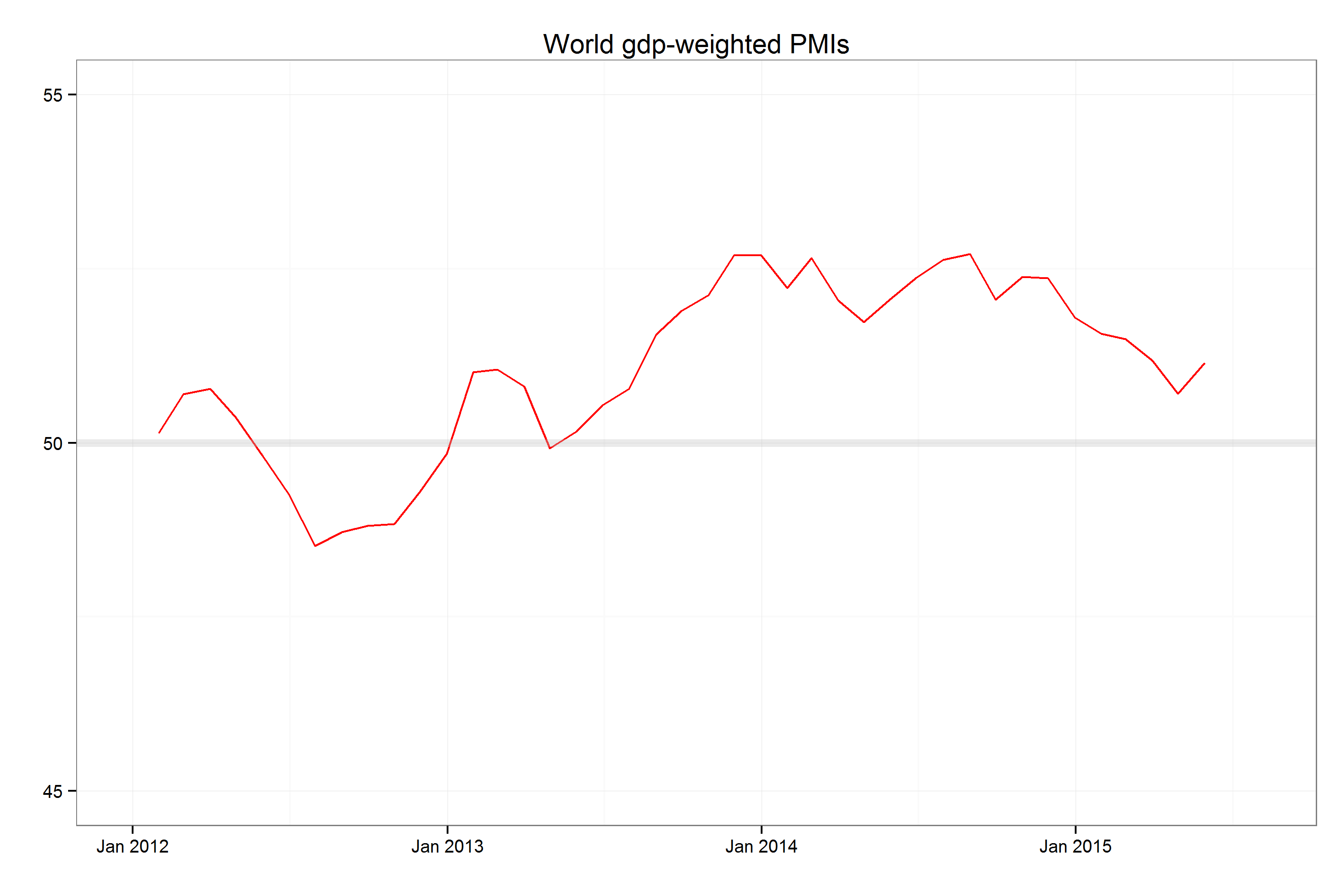 • Overall, I am a getting less concerned about the economy stalling into recession in 2015, though I would love to see some stronger growth in the US and overseas.