New directions for the Fed in 2015

The big decision for the Fed next year will be if they should start raising interest rates. Remember that the fed is charged to try to maintain price stability and full employment. This chart shows unemployment and inflation along with the Fed’s inflation target (in blue) and the unemployment rate consistent with stable prices (in pink). The economy has improved without inflation over the last five years. 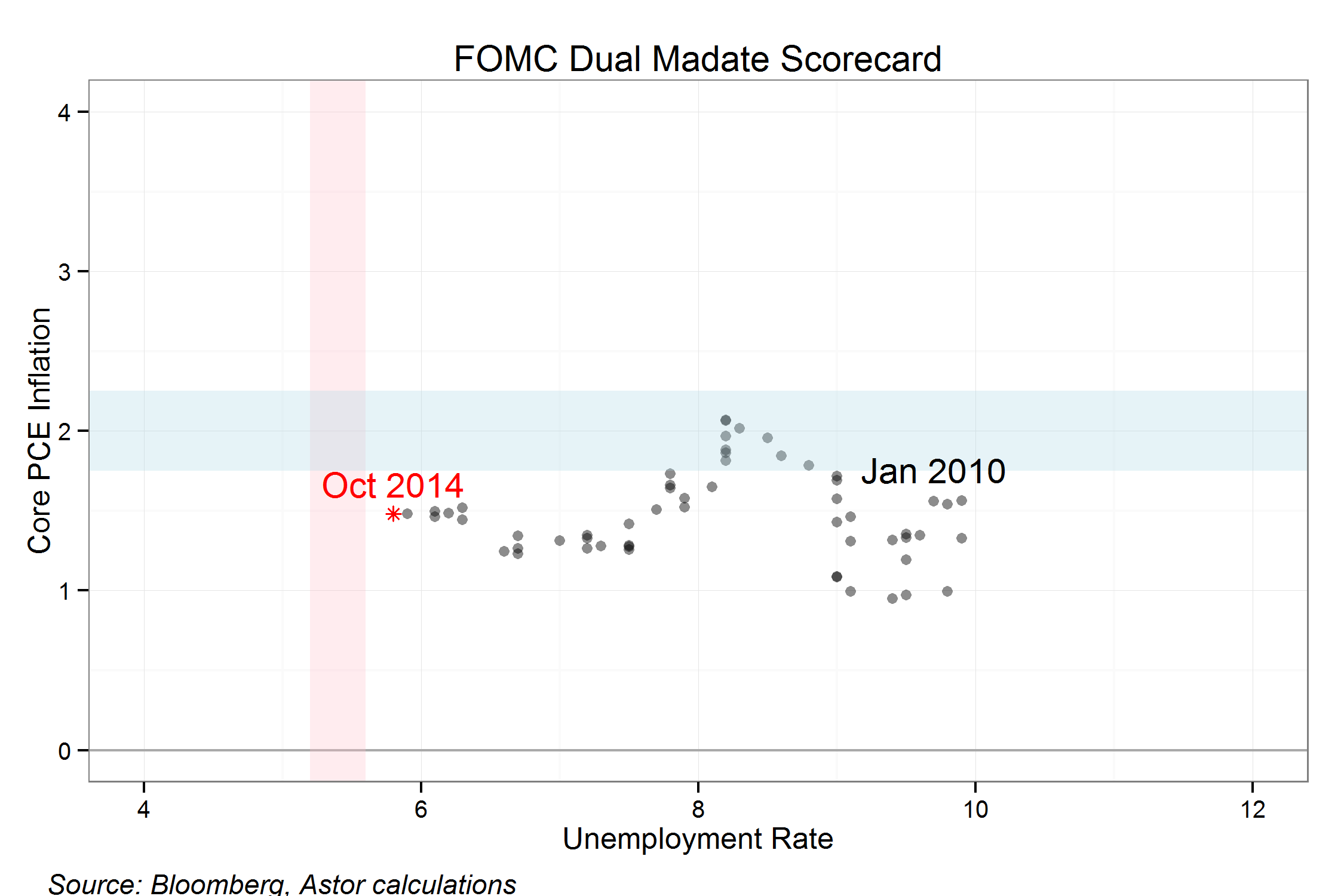 The argument for raising rates is that it is necessary to control inflation.  This this post from The Economist for example.  I disagree for a few reasons: 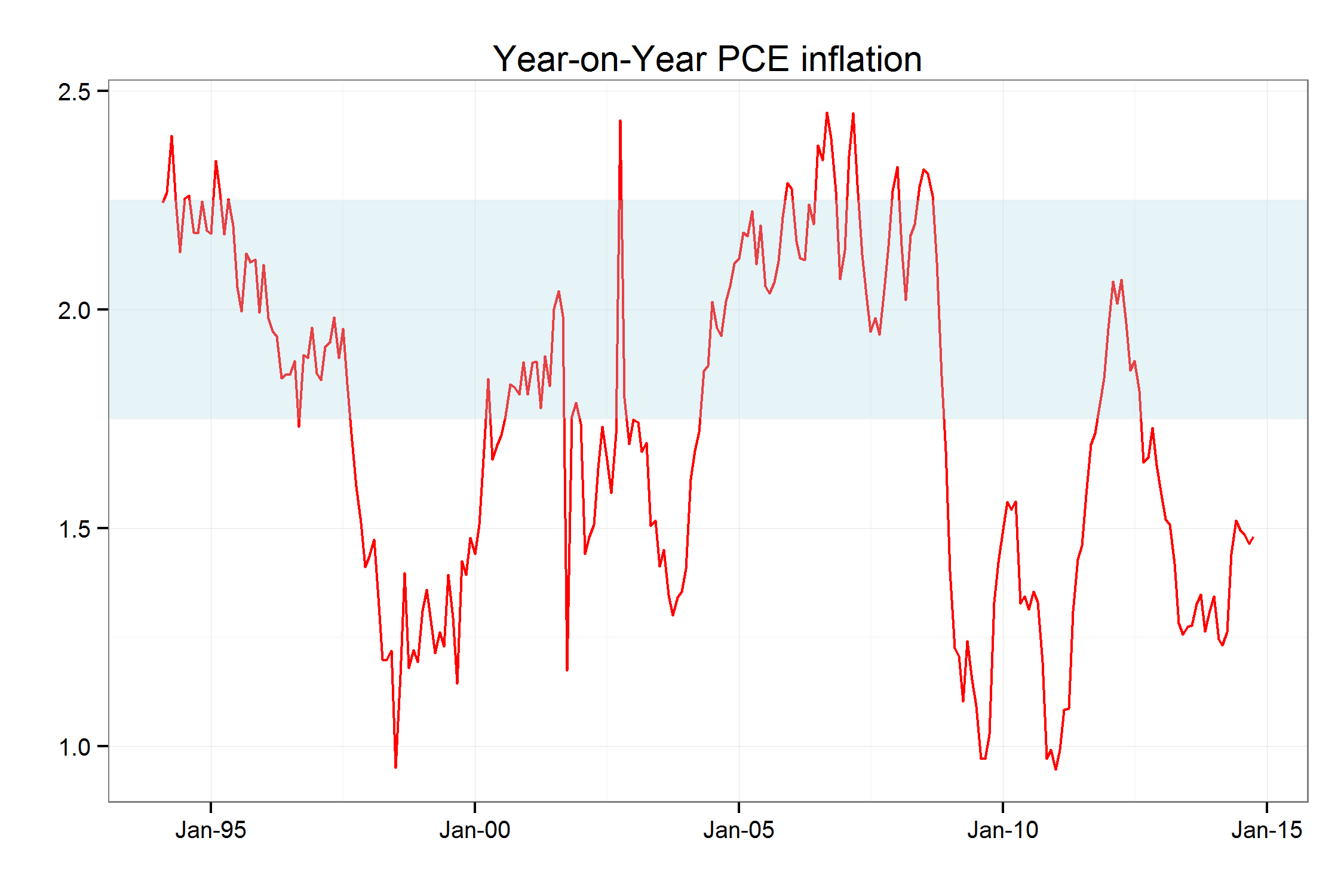 Of course, what I think doesn’t matter, only the opinions of the voting members of the FOMC count. Every year a shifting cast of regional presidents serve as voting members on the FOMC. This year sees 4 new presidents along with the chair of the NY Fed who is always a voting member in deference to that bank’s constant connection with the markets. We have two members I would characterize as patient about raising rates and two who seem eager 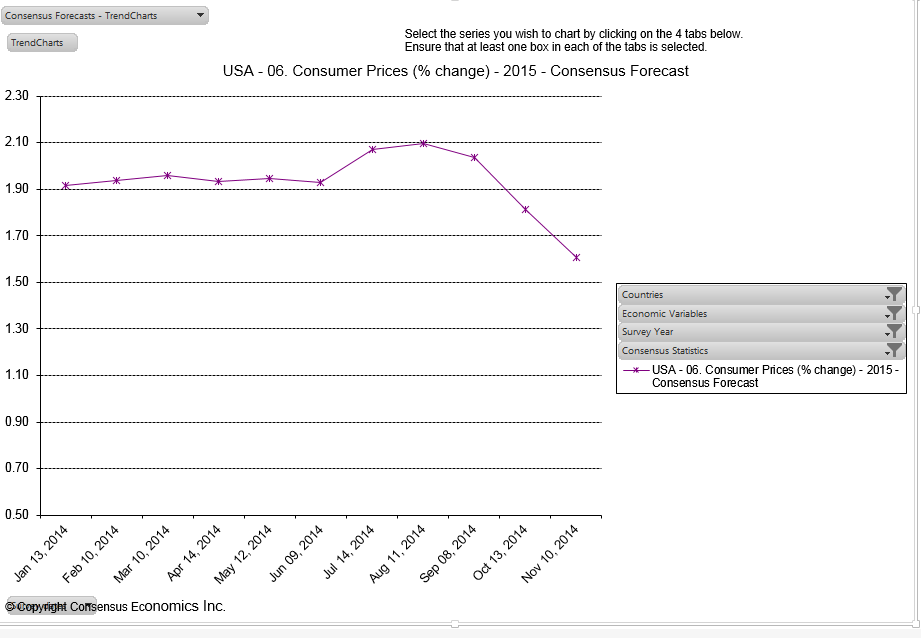 Whatever is ahead, our next landmark is the final FOMC meeting of 2014 which will feature new forecasts from the committee members and a Janet Yellen press conference on December 17. Hopefully we will get more insight into the Fed’s plans then. In the meantime it is worth noting that for Fed Funds to get to what the median member expects of about 1% by the end of 2015 and they proceed in bite-sized 0.25% steps, they will need to start raising rates in their fifth meeting of the year in July. Given the Fed’s reluctance to surprise the markets, I would expect clear warnings at the March press conference at the latest.

Interestingly, the Fed Fund futures seem to expect less easing overall with year-end 2015 rates in the market at 0.5% which implies starting later or not raising rates at every meeting after they start.