Bringing it back to Rob Stein’s 2015 Outlook Report and discussion about the Fed and the expected rate hike for 2015. The possibility of this change in the rate dynamic would, in his opinion (and the rest of the Investment Committee’s), introduce volatility into the market. The report ended with this statement: “Whether the market rises by a single-digit percentage, is flat for the year, or even goes down 5-10%, the outlook still appears positive for accretion over time – as long as above-trend economic growth remains…” We are seeing the down 5-10% play out now.

Markets were belligerent in their downward assault last week. Based on early session activity, this movement appears to still have legs. Global selling pressure that started over a month ago has caught up to domestic markets. New concerns on growth coupled with global selling have turned the focus now to the “safe haven” U.S. stock market. The last few days, including this morning, have made the U.S. markets look indistinguishable from the developing and emerging nation markets half a world away.  Now the pundits who have been waiting to talk about a break in the dam have a clear pedestal and will no doubt make it sound extremely scary for investors who will listen.

To put things in perspective, one week ago we were within ear shot of all-time highs in the S&P 500 Index. Today we are within one current trading day from a two-year low set last October, when investors were spooked. October’s move ended up whipsawing many of those who panicked. The October tape looked similar to 2011, but it also felt similar as well. Even though there was a spike in volatility and selling pressure, 2011 was only a distant cousin to 2008. We must be careful not to make similar comparisons to certain periods any time markets feel tired or growth feels uneven. We run the risk of creating this reaction time and again if we do.

Astor focuses on the “Why?” behind market behavior, using economic trends as a proxy. The markets behave in many ways in the short-term. Over time, Astor believes it is the economy that determines true direction and stocks are valued due to economic signals.

Based on recent reading as of last week, the economy is still strong. As such, we expect this market move to be temporary. Even in the last two days: PMI shows expansion, jobless claims remain low, and nonfarm payrolls are over 200K (This scenario was not the case in 2008 or even 2011). See Figure 1 & 2 below. 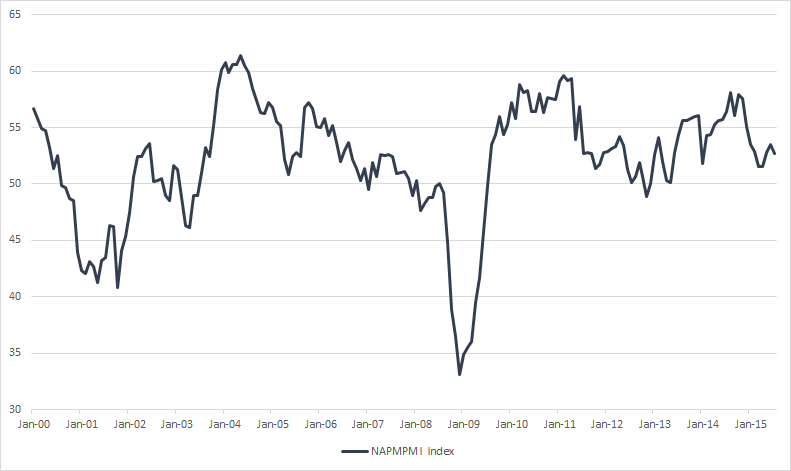 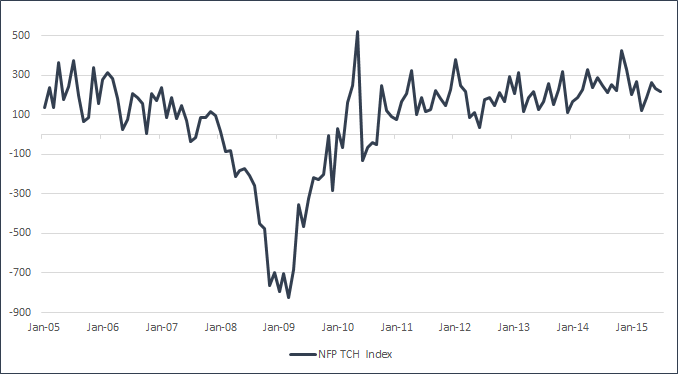 Without a doubt, there are concerns about emerging markets. However, the developed world seems to have found its footing. Recent economic measures in Europe have even surprised higher (See Figure 3). We are seeing signs of financial stress spreading to 2012 levels, which we are monitoring closely. We will also get new rounds of economic data in the next 10 days to help paint a more detailed view of the current environment.

The debt crises that plagued 2008 and 2011 are a fraction of what they were. Investors (over)focused on the rate move are missing the picture there. Corporate America (the actual value of the market) is as healthy as it’s been. Companies are hiring. Even though manufacturing has been a bit weaker in recent quarters than what we want: it remains positive and moving forward. The consumer has picked up some of the slack as seen by increasing home price indexes and home sales.

We do not see overheating economy, an overvalued stock market, an over exuberant consumer/investor, or a treacherous debt issue. The signs of excess are not there. Expanding economies and bull markets do not typically end with a backdrop like the one we have currently. Although recent market action may have you believe otherwise. Pullbacks are part of bull markets but moves as aggressive as the past few days sometimes catch you in the frenzy of the moment.

As we stated before, this market reminds us of 2011 when the S&P 500 Index saw a summer through fall drawdown of approximately 16% due to bad news which changed sentiment. Equities were volatile for a time before shooting back higher with a near 11% rate of return in October for the S&P 500 Index.  Since the beginning of October 2011, the Index has returned almost 90% on a total return basis. The stock market losses last October on (hypothetical) concerns were negated and appreciation resumed within a few weeks. What we wrote during that period still applies now. (See October 15, 2014 – Don’t Panic) 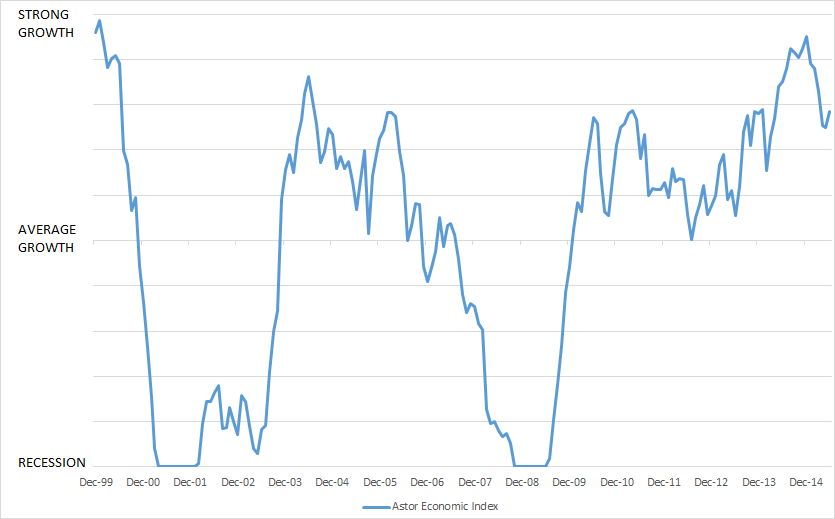 All information contained herein is for informational purposes only. This is not a solicitation to offer investment advice or services in any state where to do so would be unlawful. Analysis and research are provided for informational purposes only, not for trading or investing purposes. All opinions expressed are as of the date of publication and subject to change. Astor and its affiliates are not liable for the accuracy, usefulness or availability of any such information or liable for any trading or investing based on such information. The investment return and principal value of an investment will fluctuate and an investor’s equity, when liquidated, may be worth more or less than the original cost. An investment cannot be made directly into an index.

The S&P 500 Index is an unmanaged composite of 500 large capitalization companies. S&P 500 is a registered trademark of McGraw-Hill, Inc.